Grapefruit Lab is an old collaboration with a new name – bringing together the combined vision and multimedia experience of Julie Rada, Kenny Storms, and Miriam Suzanne (formerly Vicious Trap).

Grapefruit Lab’s name, derived from Yoko Ono’s quip that a grapefruit is the hybrid of a lemon and an orange, encapsulates our goal of combining highly-aesthetic, compelling artistic work with a process of creating alongside communities in ways that matter.

We want to make art without assumptions – art that humanizes and entertains and challenges and brings you into conversation.

This hybridization, this blurring of boundaries, this queering of edges. 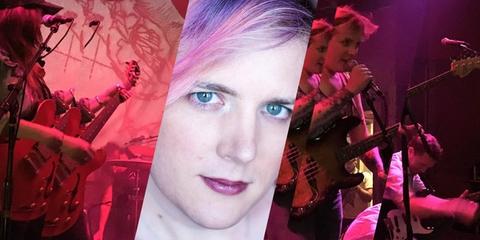 Miriam is an author, musician, designer, and web developer. She makes music with Teacup Gorilla and the Better Selfs, builds software with OddBird, writes web specifications for the W3C CSS Working Group, and won a True West Award for 10 Myths on the Proper Application of Beauty Products (Buntport Theater, 2017), an adaptation of her novel Riding SideSaddle* (SpringGun Press, 2015).

Kenny is a musician, DJ, media designer, director, voice coach, and project manager. He hasn’t given me a bio, and he doesn’t have a website. Poor Kenny. 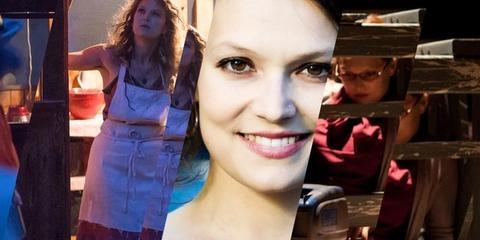 Julie is as a director, performer, and scholar. She has done theater and performance art for over 31 years, working on over 80 performance projects – with a focus on original work, immersive/site-specific experiences, and new plays. Julie has also worked in the prison system for over seven years, facilitating new works at prisons around the state of Colorado with the DU Prison Arts Initiative after previously founding arts programs in prisons in Utah and Arizona. She attended the Experimental Theatre Wing at NYU/Tisch and Naropa University, and holds an MFA from Arizona State University.